The dimming mode commonly used in the past was analog dimming which didn't cause any real problems when it was used in traditional light sources (Such as: incandescent light, halogen light).

Yet when it is used in LED and is adjusted to lowest brightness, color cast occurs.

There are other benefits of PWM dimming, such as:

-   Being combined with digital control technology to control.

Although benefits are relatively more obviously, PWM dimming is used more in middle-to-high level drivers due to prices.

Dimming curve is often involved in dimmable drivers and dimmers. Dimming curve sets about light output according to the predefined function after dimming devices receiving the input signals. This function graph is the dimming curve and it has a direct impact on the effects of light output which is not fixed but uses different dimming curve (linear, square, logarithmic) on the basis of different applications. 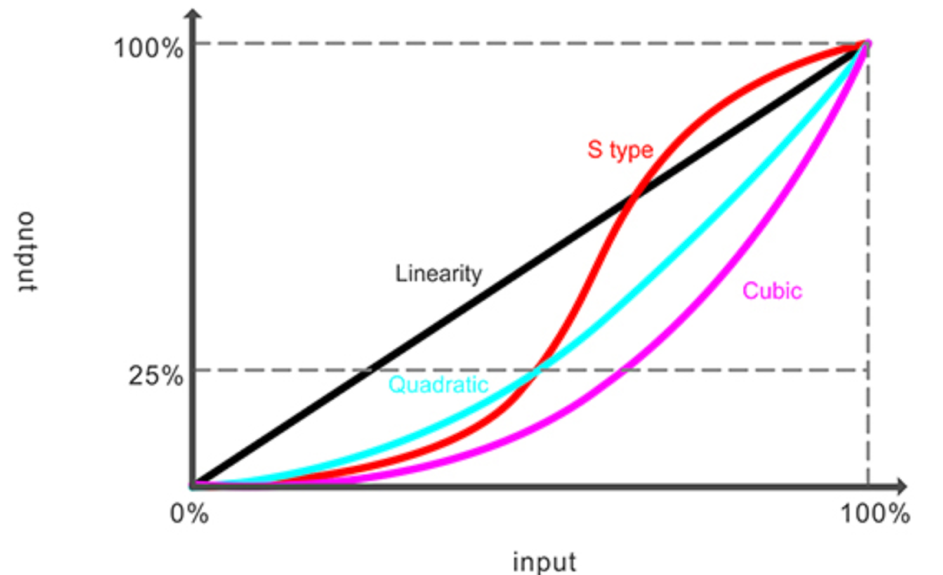 Therefore, the compatibility between dimmable drivers and or controllers also affects the preciseness of dimming.

At the time of dimming or switching scene, it can be often seen that lighting changes in the same circuit are not synchronised, and switching time point as well as brightness are not consistent. To prevent compatibility problems, matching test can be done in advance, or replace dimmable drivers or dimmers of other brands

Start typing to see products you are looking for.

There are no more items in your cart